This is certainly feasible. A recognized technology already exists—and a Danish-developed one, at that—so there is no cause for delay. Politicians, and not only those in Denmark, should place clear requirements on owners to ensure data centers cut their climate-damaging energy consumption significantly, and recycle heat in the district heating network. 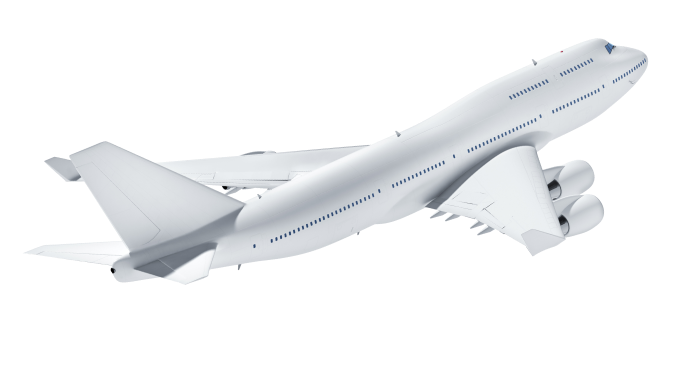 Liquid cooling technology from Asetek can reuse 75% of the total energy used in data centers as 60°C hot water.

The technology is tried and tested, and is already implemented in a raft of the world’s biggest supercomputers and data centers. In addition to visionary universities, the list of installations includes government institutions in both the USA and the Far East. For example, Asetek’s cooling technology is used in Taiwan’s biggest supercomputer, Taiwana 2. If hyperscale players such as Facebook, Google and Apple were to use similar technology, an additional carbon footprint equivalent to all the world’s air traffic could be eliminated annually.

Builders and operators of data centers should be subject to a European standard along the lines of the one that applies to the car industry. In Denmark alone, 300,000 households could have carbon-neutral heating using surplus heat from data centers—if they were water cooled. At EU level, six million households could be provided with heating.

Read more here
Aalborg District Heating network is buying 60C hot water directly from Asetek’s own datacenter. If the largest datacenters in Denmark were to use the same liquid cooling technology, all households in the Danish cities of Aarhus, Aalborg and Odense could be heated efficiently, economically and in an environmentally friendly way all year round. Watch the Mayor of Aalborg, as well as the Head of Utilities, Aalborg Forsyning, speak on the benefits for the municipality.
In 2030, according to Danish Energy Agency projections, 17% of Denmark’s electrical power consumption will go to data centers. Asetek has the solution: a patented technology capable of reducing data centers’ consumption of power for cooling by up to 50% by water-cooling the processors directly rather than air-cooling the entire room.
What will it take for politicians to open their eyes to our green solution to solve one of the biggest energy challenges facing the future of Denmark?

Water cooling of data centers from a climate perspective

Read the Q&A with Asetek founder and CEO André Sloth Eriksen, below. If you want to read more than just an extract, you can do so by clicking the link below.

Is water cooling of computers, servers and data centers anywhere near mature as a technology?

Asetek invented its closed water cooling circuits in 2003, and received its first OEM order from HP back in 2007. At that time, it was COMPLETELY new, but HP nevertheless took the lead and implemented it in its gaming PCs and commercial workstations.

Are there tax savings, and hence a loss of revenue to the public purse?

Tax and duty are a political matter that Asetek doesn’t concern itself with. From our point of view, the idea is that we should all do our best to cut CO2 and save the environment. If the state wants to, it can simply charge the same duty on the heat as it does today, thus making the switch over tax-neutral.

Is the data center industry comparable with the automotive sector, where there are strict emissions requirements?

Yes, the data center industry is comparable with the automotive sector in many ways. It is important to understand that social media etc. are just one category (hyperscale), with Facebook, Google, PayPal, LinkedIn etc. having their own servers manufactured by ODMs in China and Taiwan. These hyperscale customers typically operate their data centers themselves.

If water cooling is so good, why have server manufacturers such as D, HP Etc. and hyperscale companies such as Facebook, Apple Etc. not adopted it?

Dell, HP and the rest make their living selling servers, among other things. Because, for the time being, no environmental requirements are politically imposed on data centers, and as there is therefore no customer demand for it, it makes no sense for them to implement it.

Green conversion is about hot air. It’s about temperatures rising as a result of atmospheric CO2 emissions; It’s about our planet’s climate changing ominously in recent years. But, unfortunately, it is also about ‘empty words’ and a lack of political will. All the parties talk about green conversion and the importance of investing in new, climate-friendly technologies, but it never gets beyond words. A good way to start would be by requiring the enormous amount of electricity wasted every day in Danish data centers (and even more globally) to be reused, thereby doing the environment a massive favour. But they do nothing – and that is their choice.

We too have a choice, and a responsibility. A responsibility that we at Asetek have decided to live up to. This is why we have just placed a full-page advertisement in all the national newspapers. An advertisement under the headline ‘Hot Air’ that urges readers to confront candidates with the question: ‘Why don’t you set requirements for data centers? Why is it all still just hot air?’.

In an advertising campaign in the country’s biggest newspapers on the theme of ‘Hot Air’, Aalborg-based Asetek A/S is criticizing the politicians because they, in their quest for snappy, marketable punchlines, have avoided discussing the gigantic potential for carbon-neutral heat recovery from hyperscale data centers. This could also make it significantly easier for Denmark and the EU to meet the UN’s climate goals.