Asetek’s very first product was the VapoChill, and it was designed by Founder and CEO Andre Eriksen back in 1999 before the company had even incorporated! The VapoChill (and subsequent versions) were groundbreaking technical achievements, and lead to Asetek’s industry-leading liquid cooling solutions for over twenty years.

The VapoChill CPU cooler utilized phase change cooling, which pushed coolant to a cold plate touching the CPU and evaporated it from the heat, forcing a current of cool liquid to always touch the plate. This method was so successful that it caused a massive thermal decrease, down to sub-zero temperatures! That process would be succeeded by every future liquid cooling product to date.

Finclockers.com reviewed the VapoChill and overclocked an AMD Athlon and increased the clock speed from 700MHz to 1,134MHz! These massive gains weren’t uncommon, thanks to the powerful cooling process designed for top-tier overclockers. And such massive gains were only the start with the first version of VapoChill.

Reviewers and users worldwide weren’t only thrilled with the performance gains. The VapoChill was also trendsetting by how quiet it was. Topping out at just 35db, the difference in loudness between air and liquid coolers would forever change the CPU cooling landscape. 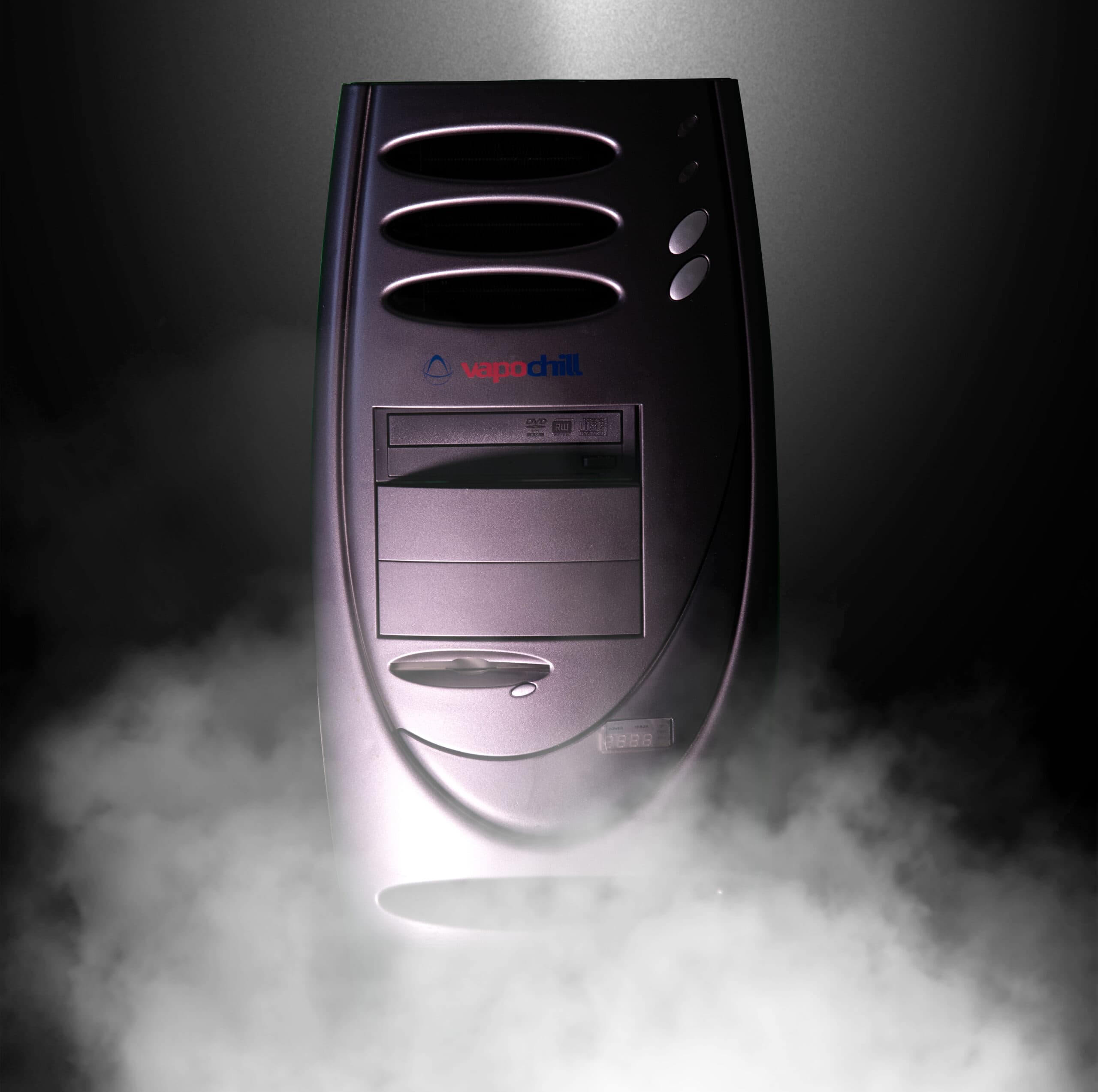 This liquid cooling system was originally designed as a full PC case to provide adequate cooling without pulling precious wattage from a user’s power supply. Later models were designed at a smaller form factor to fit into existing cases, and eventually with the VapoChill Micro, to fit directly onto a CPU. The VapoChill worked on all motherboards, which was unheard of at the time.

The VapoChill proved to be so unique that Asetek was named Denmark’s most innovative company in 2000, by the Danish Ministry of Trade and Industry. What began as a desire to more seriously cool down CPUs with small refrigeration units quickly became the starting point for liquid cooling’s dominance as the best way cool a CPU.

Even with critical and commercial acclaim, Asetek continued to refine its liquid cooling process. In the Extreme (XE) version of the VapoChill, R404a replaced Freon as an even better coolant. Newer iterations of the VapoChill used better and better coolant liquids, more powerful compressors, and smaller form factors.

With the VapoChill Lightspeed, Asetek successfully designed a standalone liquid cooling solution that worked with any setup. Enthusiasts were no longer required to use a specialized case, and could install the VapoChill in any desktop as an external accessory. Shrinking the liquid cooling components to such a small size was the first major milestone for the company to move towards water cooling, which continues to be the industry standard for liquid cooling systems today. 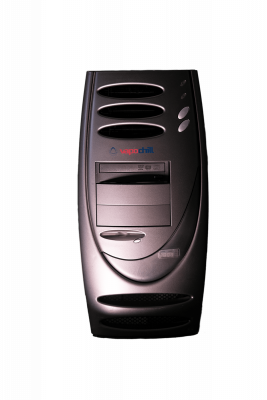