Chassis air flow is one of the many highly debated topics amongst enthusiasts and forum-goers. Many have provided insight and offered varying advice on the topic. For a newcomer on the scene, there is no clear answer. Ironically enough, that is actually the answer: there is no definitive answer. Before you mistake me for an oracle from The Matrix, allow me to explain.

Every scenario is different. Show me results that declare one setup the best and I will choose a different chassis to prove it’s wrong. There are many factors that effect how chassis air flow should be set up:

As you can see, the long list of questions can get out of hand fast and there are indeed more that could be asked, including:

For the purposes of this blog post, I would like to examine the data behind mounting our liquid cooler as an intake or an exhaust. This will also help us talk about direction of our air flow. Lastly, since we will already be remounting the radiator several times, I decided to test the fan configuration of push vs. pull.

Learn about the difference between air and liquid cooling. 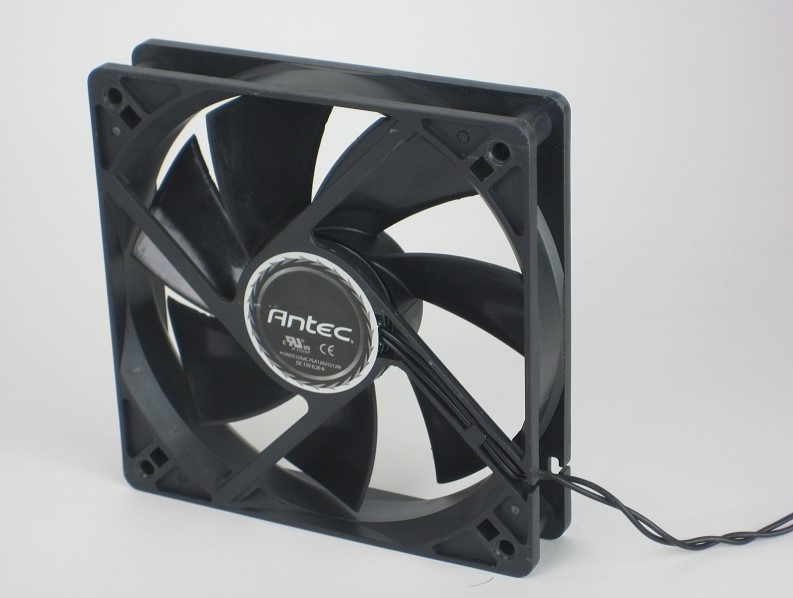 To test the different configurations, I chose a chassis that has very simple air flow. This standard lianchassis has one front fan and one rear fan. In order to maintain a more user repeatable scenario, I kept the stock fan that came with the chassis in front panel position. The rest of the system was configured as follows:

Our goal is to test intake vs. exhaust and push vs. pull. Thus, the cooler’s radiator was mounted on the rear opening of the chassis in the following ways: 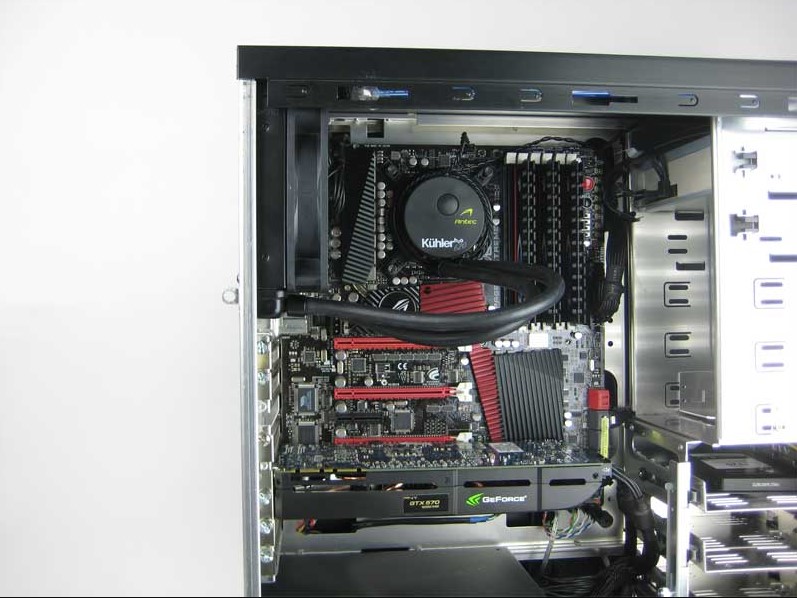 Each test was run until the temperatures stabilized and varying less than 1 degree. Once the temperatures stabilized we continued the test for 15 more minutes while AIDA64 logged CPU core and various component temps.  15 minute time averaged data allows us to remove any micro variations in the data.  This process usually takes roughly an hour per test run not including setup time.  A thermocouple was placed in the front of the case and in the rear of the chassis to measure intake and exhaust air temperatures. 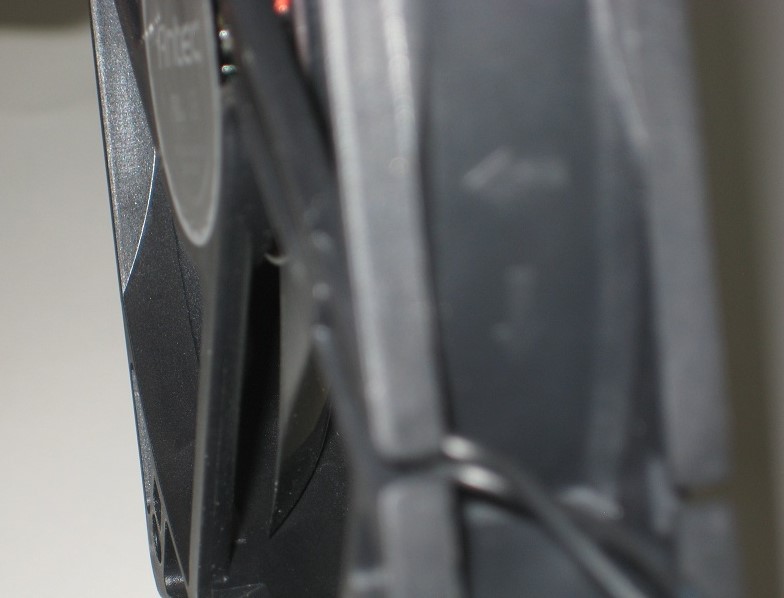 Clearly the data shows a drastic improvement when using our radiator set up as an intake rather than exhaust. This is due to the fact that the case temperature of a CPU has a 1:1 relationship with the temperature of the ambient air moving through the radiator. If the ambient air moving through the radiator is 10 degrees warmer, then you can expect the temps of the processor to increase 10 degrees, as well.

We can also recognize that push vs. pull is pretty insignificant. Engineering tells us that the fan operates more efficiently by design in a push configuration, but the data would seem to show that the fan is able to overcome any inefficiency and perform similarly in either configuration.
Lastly, we see that adding a second fan can really up your performance. This is a widely known fact, but its always nice to see some data to quantify that performance boost!

As we move air through the chassis and then through the radiator, we are adding “preheat”  from cooling our system components into air going into the radiator and thus raising our processor temperatures.

However, the pros with exhaust cooling is you effectively evacuate your CPU heat right out of the chassis. There is some benefit to this for overall system cooling.

Asetek recommends mounting our coolers in an intake configuration to achieve maximum cooling performance. This ensures that the coolest air is moving through the radiator. We recognize that every setup is different and there are scenarios where you may not be able to achieve such drastic gains by switching to intake. Also, this testing was done with a very basic chassis, and you should carefully consider your case’s “airflow ecosystem” when determining intake vs. exhaust. If you were to select a better chassis with various airflow configurations, your results may vary. Our key point with this blog is to express, that given the 1:1 ratio of ambient air and CPU temps, its important to move the coolest air possible through your radiator.

For example, if your system is located backed against a wall, the wall will act as a duct and preheat from the GPU and power supply exhaust will be drawn in through the radiator. If your power supply vents out the bottom of the chassis like mine, or your GPU is liquid cooled and configured for intake, this may not be as much of an issue. Most of the time, it’s either your GPU or CPU that’s being taxed. Rarely are both loaded simultaneously. For this reason, these scenarios may not be a great concern and you could still see performance benefits from an intake configuration.

Push Vs. Pull: No difference.

Check back for a future air flow blog where we examine the pros and cons of positive vs. negative chassis pressure!

What happened to Asetek? Part I

What’s best – a Corvette or a John Deere? – Part I

What happened to Asetek? Part II