Our friends at AMD just officially revealed the future of Ryzen with the next generation of Zen 4 CPUs, Ryzen 7000. This brand new lineup is still mostly under wraps, but the announcement has us all giddy. We’re excited about so much, so here are just 6 things we can’t wait until fall for.

The rule for CPUs is the smaller the die, the better. Smaller means less surface area, so in theory, you get better utilization, higher sustained clock speeds, less power consumption, and lower thermal demand. This in turn means we can push these newer Ryzen 7000 CPUs even harder and increase performance above previous generations. Which is, you know, why we make liquid cooling systems in the first place.

We enthusiasts already have DDR5 on Intel’s Alder Lake configurations, and the boost between DDR4 and DDR5 is awesome. Now we’re finally getting that improvement on AMD, which plenty of us internally are using, both for our primary and for our gaming rigs.

Plus, DDR5 has been especially expensive (and hard to get), and with both AMD and Intel supporting the newer standard, we should see prices drop and availability increase.

And the heavens opened up for the angels to sing. Using the boost clock to improve CPU performance is a no-brainer for any overclocker, and AMD knows full well that we all love higher clock speeds. Improving the maximum boost clock speed to over 5GHz is staggering.

It’s very likely that, depending on the base clock speed of the given Ryzen 7000 chip, AIO owners will be able to up that boost clock past the 5GHz line without breaking a sweat. Now that’s why we’re in this business!

PCIe 5.0 doubles the maximum throughput from 4.0, which means three things: GPUs can be faster, PCIe-based SSDs can be faster, and our desktops overall will be faster. This speed boost is helpful across the board. And while there’s no official word on it just yet, in theory, this would improve gaming performance as well through AMD’s Radeon Boost for gamers with an AMD CPU and GPU.

Don’t get us wrong, we love discrete graphics. Absolutely adore them. Did you know, we even make liquid coolers for GPUs? Discrete graphics is the best way to get high-performance gaming…and yet we love gaming, not just the most hardcore rig-melting titles.

RDNA5 built into every Ryzen 7000 CPU means every chip is effectively an APU. So if you decide to throw on some classic games, or even more modern arcade-style titles, there’s no need to stop your crypto mining (or, you know, maybe something more valuable like your Folding). Let that Ryzen chip handle everything, and even boost performance with your AIO!

The last generation of Ryzen silicon had a maximum of 105W. Intel has had AMD beat as far as raw power usage is concerned, which is why so many people have appreciated AMD’s more energy-efficient processors. Yet with everything listed above, the power demand is increasing. This is excellent because more power means more heat, faster processing…and more to cool! 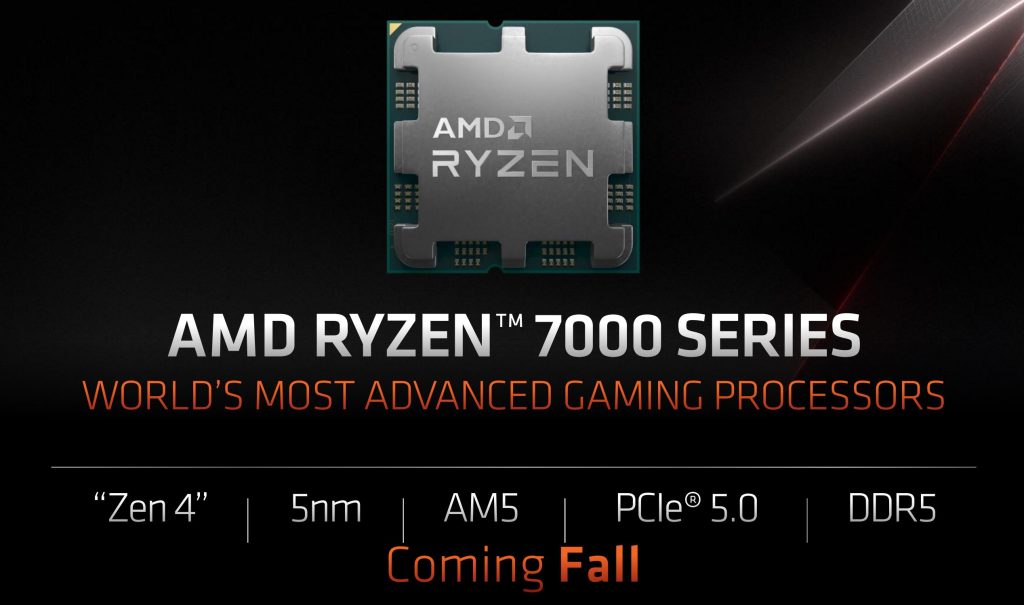 Ryzen 7000 is officially releasing this fall, and we’re expecting to learn more over the coming months!