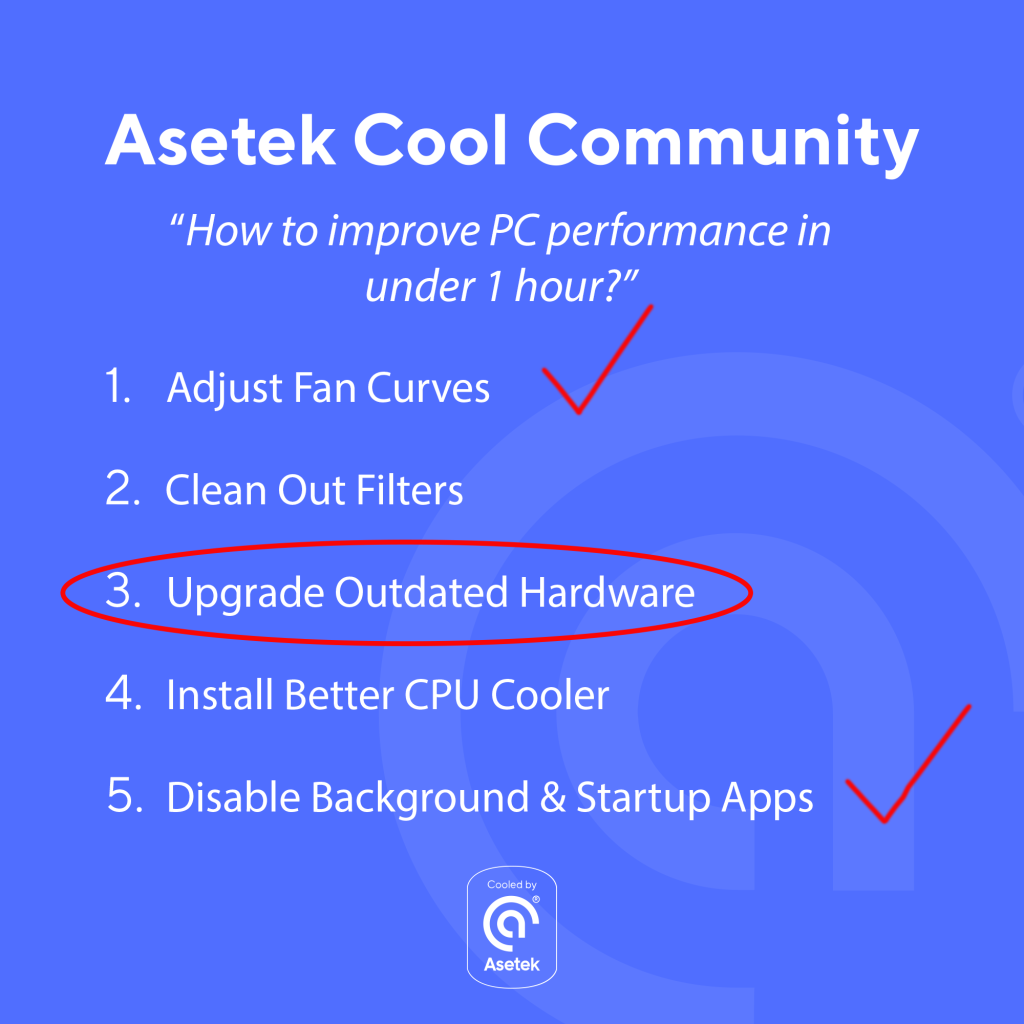 PC’s get slow. That’s no surprise; as software becomes more complex and feature-rich, the processing power and storage necessary to run and house it needs to grow in a similar fashion.

That’s why some gamers still run Windows 7 for their overclocking needs (or even, *gasp*, Windows XP): fewer system requirements from the operating system means more processing power for your needs. Like gaming, or, you know, the occasional work assignment.

The easiest and most powerful upgrade to any computer is to memory. RAM is the space where high-speed storage is accessed by your processor for actual work. Sure, your SSD may be fast, but nowhere near RAM speeds (but it is catching up, and fast).

So if you want to see a major improvement to performance, there are a few options here. First, double the memory capacity. If you’re at 8GB, jump to 16GB. Or 32GB. Very few people really need 64 gigs, but if you’re running a hundred Chrome tabs, a few Python instances, and a game in the background, the extra memory will be instantly noticeable. Remember the golden rule here is capacity is more impactful than high speeds.

A more costly alternative is to swap out your existing memory for faster sticks that also have higher capacity. Whether you’re on DDR3 or DDR4 (if you’re already on DDR5 you don’t have this issue…yet), it’s pretty simple to boost your desktop’s performance with faster RAM. DDR3, for example, has a maximum frequency of 2133MHz, though the most common high-speed memory will be 1600MHz. I recommend 1600MHz, purely because of the cost of higher speeds is just too high.

For DDR4 the clock speed goes way up to a max of 5,333MHz, but that’s for some very pricey HyperX modules. Instead, 3600MHz will be a major performance boost for a reasonable cost, and at that speed, with 32GB your desktop will be bustling. Just make sure to review what your motherboard can handle, how many slots you have available, and what type of memory to upgrade to. 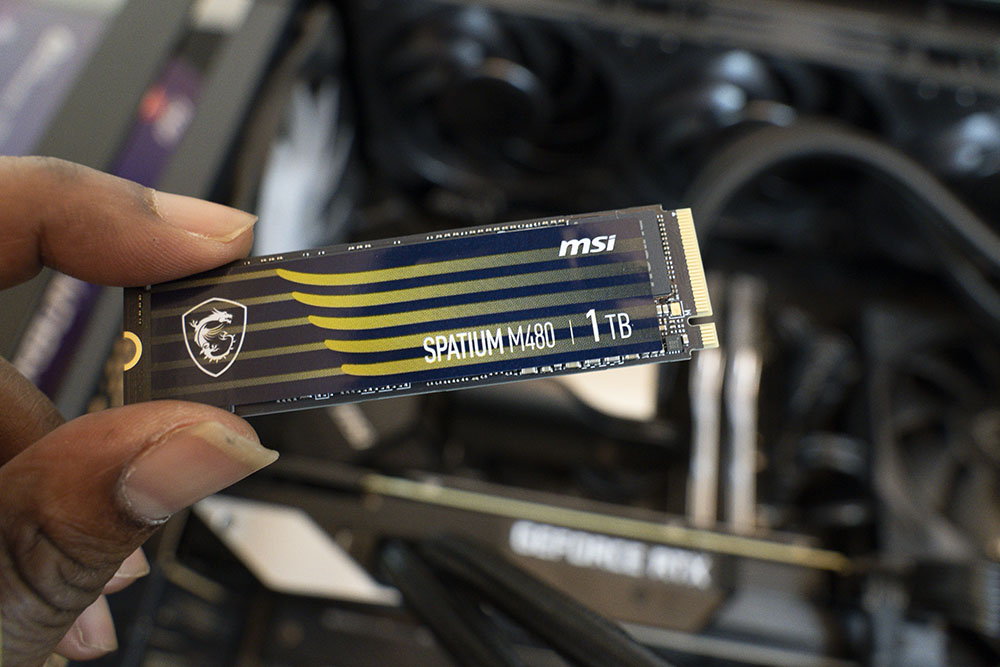 If you’re not already using a solid state drive (meaning you’re still running your OS on a spinning hard disk), it’s time to upgrade, stat. But if you’re on an early-generation SSD, or even one from a few years ago that’s been in use…it may be time to upgrade. SSD performance has dramatically improved over the past few years, to the point where experts say we’ll soon see RAM disappear in favor of storage that’s just as fast.

The good news is there are plenty of options for upgrades, and the sky’s really the limit in terms of performance and capacity. For good to great speeds, standard eSATA-based SSDs are the highest capacity per cost options. And unless you’re running a ton of servers from your rig, there’s no doubt that you’ve got plenty of eSATA ports available for upgrades.

For better performance at a higher cost, switching to an NVMe SSD is a surefire bet. NVMe, depending on which generation the drive is, can be up to 7X faster for read/write speeds. Most modern motherboards include at least one M.2 slot that supports NVMe, and installation is just a screw and some fiddling away.

The last option is even pricier, PCIe-based SSD storage. Because PCIe storage works on the x4 lanes, there’s a maximum theoretical 3.9Gbps! There aren’t any drives that are this fast just yet, 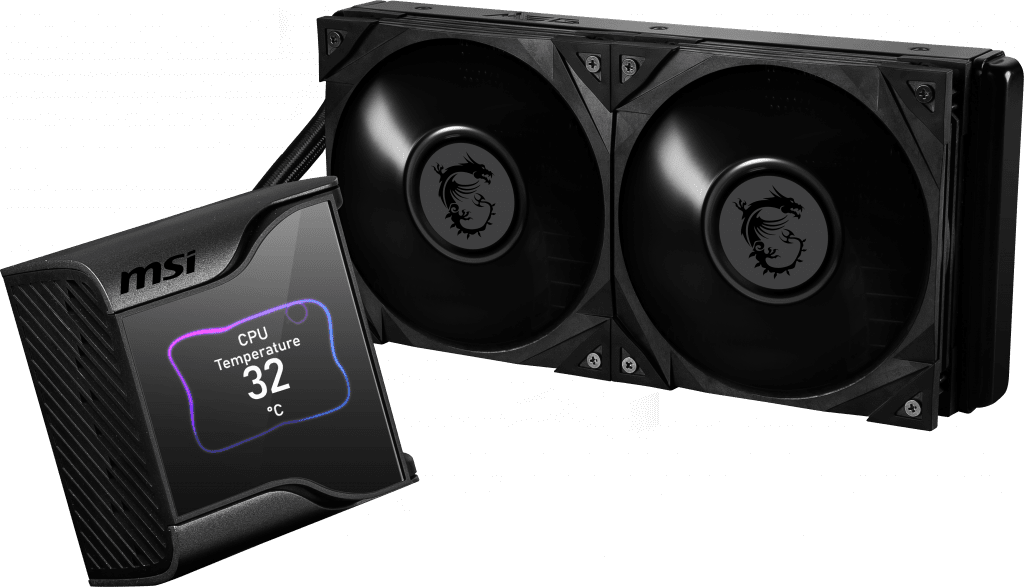 There are a handful of components you can supercharge by overclocking, but none is as potent as boosting your processor. We already know the best way to overclock a CPU is with liquid cooling. Unlike RAM, overclocking CPUs is easier and safer, and chips are built for it.

Not every CPU will overclock as easy or as well as any other, even the exact same model. Overclocking any silicon is heavily dependent on the actual material more than anything else. Some chips will boost 1GHz easily, and others will be unstable with just a 50MHz jump. This is known as the “silicon lottery!” So experimentation is key.

With a solid liquid cooler like the Asetek 7th generation all-in-one, tweaking your overclocked CPU is easy and stable. Plus knowing that you won’t melt your entire rig by adding an extra 0 makes a big difference. So slap on some thermal paste, toss out that air cooler, and pick one of our partner’s top-notch AIOs and speed up that CPU today.